THE FIGHTING SAINTS DEFEAT THE WARHAWKS IN BALLADEER’S BOWL 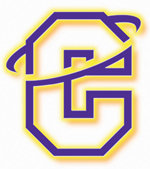 In keeping with the rivalry between NAIA football teams and NCAA Division 3 football teams this week I ran a contest in which readers could e-mail me to vote for who they thought would win a game played between the NAIA champions, the CC Fighting Saints and the D3 champions, the Whitewater Warhawks. By a nearly two-to- one margin the NAIA fans have spoken and the Fighting Saints have won this inaugural Balladeer’s Bowl. Congratulations to the boys from Helena, MT! Balladeer’s Blog will resume chronicling the football rivalry between these two divisions in August.