SACRED HONOR:1776 – THE MEN WHO SIGNED THE DECLARATION OF INDEPENDENCE 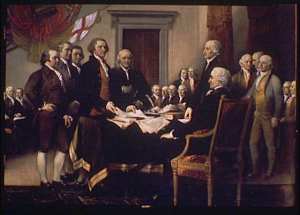 JULY 4th IS COMING! The big names among the signers of the Declaration of Independence get all the attention they need, so Balladeer’s Blog will be spreading the love to ALL the signers in this article. And for a look at Revolutionary War battles PRIOR to July 4th, 1776 click here: https://glitternight.com/2012/07/01/before-the-fourth-revolutionary-war-battles-before-independence-day/ 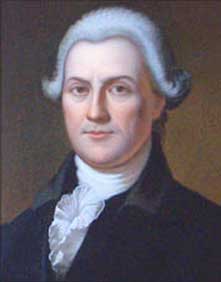 1. Samuel Huntington – Served as president of the Continental Congress from 1779 to 1781. After the war served as Connecticut’s Chief Justice and then Governor.   ###   2. Roger Sherman – In addition to signing the Declaration he also signed the Articles of Association, the Articles of Confederation AND the U.S. Constitution.   ###   3. William Williams – Used his own money to finance various Connecticut Militia units and allowed American and later French troops to quarter in his home.   ###   4. Oliver Wolcott – Went on to serve as a Major General and led his forces against British Loyalists who were launching raids along the Connecticut Coastline. He also served in the Long Island and Saratoga campaigns. 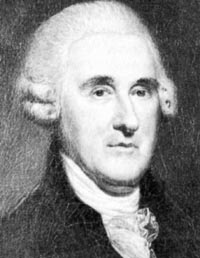 1. Thomas McKean – Despite being from Delaware he led the military unit called the Pennsylvania Associators (talk about a name guaranteed to strike fear into the hearts of the enemy) during Washington’s ultimately futile defense of New York City. When the British were moving through Delaware McKean had to move his family five times to keep them out of the Red Coats’ clutches.   ###   2. George Read – Served as the President of Delaware for part of the war and while fleeing the British advance he used an assumed name and bluffed the British soldiers who coralled him into thinking he was a Loyalist, so they let him go.   ###   3. Caesar Rodney – I think we’re all sick of hearing about Rodney’s late-night ride to get back to Philadelphia in time to let him and McKean outvote George Read and cast Delaware’s vote FOR independence. Instead I’ll mention Rodney’s service as a Militia General whose troops helped defend Delaware from the invading Brits.

1. Button Gwinnett – Authored the Georgia State Constitution and while serving as Governor during the war oversaw a campaign into British-held Florida to quell raids across the border by the British and their Native American allies.   ###   2. Lyman Hall – For a time Hall was Georgia’s only representative at the Continental Congress because his home district of St John’s Parish was the only part of the colony ballsy enough to risk it at first. Gwinnett and Walton joined him later. Also, Hall’s home was burned down by the British.   ###   3. George Walton – Left Congress in 1778 to serve in the Georgia Militia and was wounded and captured during the Savannah Campaign. Walton was held prisoner for a year before being exchanged for a British naval captain taken by the Americans. 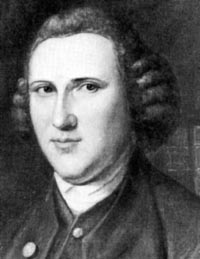 1. Charles Carroll – Was the last of the Declaration signers to die, passing away in 1832 at the age of 95.   ###   2. Samuel Chase – Later served as a Justice on the U.S. Supreme Court. President Thomas Jefferson, in another of his ugly episodes, played politics by trying to have Justice Chase removed from the court because he didn’t like the decisions he authored. Chase was impeached but in March 1805 was acquitted by the Senate.   ###  3. William Paca – He and Samuel Chase were early rebels in Maryland and once staged a mock public execution of an unpopular bill the Royal Governor had passed. They also won a court case striking down another unpopular bill that imposed a tax to support the Church of England.   ###   4. Thomas Stone – Helped draft the Articles of Confederation and earlier had been the Crown Prosecutor opposing Chase and Paca in the case regarding the tax to benefit the Anglican Church. 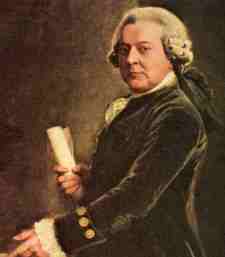 1. John Adams – Is known as “the Atlas of independence” for being the single-most dedicated prime mover in the debate over breaking from England or seeking a reconciliation with it.   ###   2. Samuel Adams – This  presumed leader of the Boston Tea Party also helped draft the Articles of Confederation and when the Constitution was being worked on years later Samuel was one of the parties pushing for a Bill of Rights to limit the new government’s power.   ###   3. Elbridge Gerry – We’re all sick of hearing about the origin of Gerrymandering so instead I’ll mention his pioneering work in insider trading and war profiteering.   ###   4. John Hancock – As a young man he was in England on business and attended the coronation of King George III, America’s chief enemy in the Revolutionary War. After signing the Declaration  this President of the Continental Congress dared the British to double the five hundred pound reward that was already on his head.   ###   5. Robert Treat Paine – Was the lawyer on the opposite side of John Adams in the Boston Massacre Trials and is an ancestor of actor Treat Williams, who was named in honor of RTP. 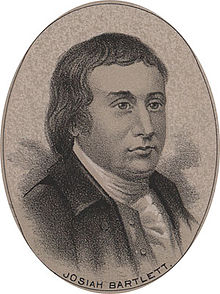 Josiah Bartlett – This M.D. went on to serve as a military doctor for the American forces and was present at the Battle of Bennington, where General John Stark said “Live free or die”, which saying became the New Hampshire state motto.   ###   2. Matthew Thornton – Thornton also served as the first President of the Nation of New Hampshire.   ###   3. William Whipple – In January 1776, when New Hampshire became the first colony to officially break from England and become its own “nation”, Whipple helped organize the new government. 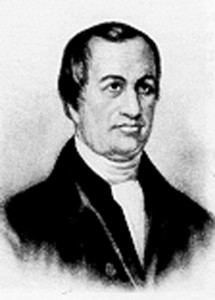 1. Abraham Clark – Abraham’s two sons Aaron and Thomas were captured during the war and may have perished while captives of the British. Accounts vary and some sources even claim he had three sons die in the war.   ###   2. John Hart – In late 1776 the British invaded New Jersey and Hart spent weeks literally on the run in the wilderness to avoid being captured. He even slept in a cave at times according to tradition.   ###   3. Francis Hopkinson – This songwriter and opera composer also designed the American flag that Betsy Ross notoriously sewed for the Americans.   ###   4. Richard Stockton – Got betrayed into the hands of the British by Loyalist neighbors and became very ill while imprisoned. After months of confinement Stockton took advantage of Admiral Richard “Black Dick” Howe’s (insert your own sophomoric joke here) offer of a pardon to any rebels who would swear renewed allegiance to the king. Fellow signers defended Stockton’s actions since he clearly did it to get proper medical care at home.   ###   5. John Witherspoon – His son James was killed in the Battle of Germantown, his home was burned by the British and Princeton University where Witherspoon was president, was vandalized by the Brits as well.

12 responses to “SACRED HONOR:1776 – THE MEN WHO SIGNED THE DECLARATION OF INDEPENDENCE”