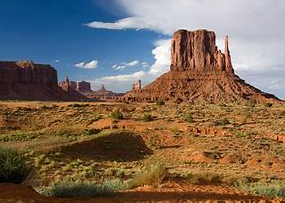 JUST 30 DAYS UNTIL FRONTIERADO! As always Frontierado is about celebrating the myth of the Wild West and not the grinding reality. Part of the fun each year is an examination of neglected gunslingers from the 1800’s.

The likes of Billy the Kid, Doc Holliday, Calamity Jane and Jesse James have been the subject of a variety of movies and folk tales. Unfortunately some figures from the Wild West led lives at least as interesting as the big names did but have not gotten nearly as much attention. Here is a look at ten such men and women.

Eventually Rattlesnake Dick himself was caught and sent to prison but the wily bandit escaped in 1856 and turned to a career as a stagecoach robber. In July of 1859 Barton was shot down by a pursuing posse. FOR THE FULL- LENGTH ENTRY:  https://glitternight.com/2013/07/14/four-cool-but-forgotten-gunslingers-for-frontierado/

9. THE MORMON KID – Matt Warner was a young Mormon who took to a life of crime and was nicknamed after the religion he had left to pursue his outlaw lifestyle. In the 1880’s Warner was part of a gang of rustlers near the Robber’s Roost area of Utah and that was how he hooked up with fellow former Mormon Butch Cassidy. The Mormon Kid and Cassidy eventually moved on to robbing trains and banks at last resulting in the Kid’s arrest and conviction.

After a term in prison Matt Warner went on to live to the ripe old age of 74 with time out for a career as a bootlegger along the way. FOR THE FULL-LENGTH ENTRY:  https://glitternight.com/2012/06/18/six-neglected-wild-west-figures/

8. LOTTIE DENO – Charlotte Deno was one of the most famous female gamblers and gunslingers of the old west. Charlotte, or “Lottie” as she was nicknamed, learned card games from her father and eventually drifted into Texas gambling towns where she was phenomenally successful. The gorgeous Lottie was also called “Lotta Denero” by the male gamblers she wiped out financially. A Derringer pistol came in handy when Ms Deno encountered sore losers or overly-amorous admirers. Lucky at love as well as at cards Lottie was wooed by Doc Holliday and Pat Garrett during her career and in 1878 settled down with fellow gambler Frank Thurmond after two of her lovesick admirers supposedly killed her no-good first husband Johnny Golden.

Thurmond passed away in 1908 and Lottie never remarried though she lived on until 1934. FOR THE FULL-LENGTH ENTRY:  https://glitternight.com/2013/07/10/four-more-neglected-gunslingers-for-frontierado/

7. BEAR RIVER TOM – Tom Smith was a New York City cop in the 1860’s who went west and became a laborer constructing the Trans-Continental Railroad. His former law enforcement experience came in handy at maintaining order in Bear River, WY and in various Hell-On- Wheels towns that sprang up along the path of the railroad. Tom wore a two-gun getup and faced down rowdy railroad laborers and hostile townspeople who often resented the drunken abuses of the railroad men. After the Trans-Continental Railroad was completed in 1869 Bear River Tom hired his guns out to the Kansas- Pacific Railroad.

May 1870 found Smith working as a traditional Marshal in deadly Abilene, KS where he was killed by outlaws after just six months on the job. FOR THE FULL-LENGTH ENTRY:  https://glitternight.com/2013/07/14/four-cool-but-forgotten-gunslingers-for-frontierado/

6. X – “X” was the brief but evocative nickname of John Xavier Beidler, inspired by his distinctive middle initial. By some accounts Beidler got his first taste of gunplay fighting on the anti-slavery side in Bleeding Kansas of the 1850’s. In any event he was in Montana by 1863 taking part in the Gold Rush. With crime rampant and with the local lawmen in cahoots with the crooks X became the most notorious vigilante of the area, killing the outlaws that the law refused to touch. John made no effort to hide his identity like the other vigilantes did and, known by the memorable nickname “X” proved so effective he was even named a legitimate Federal Marshal when the area was tamed.

After hanging up his badge in the 1870’s X became a riding guard for stagecoach lines and proved a terror to bandits trying to prey on payrolls and shipments of precious metals. John X Beidler died of natural causes in January of 1890. FOR THE FULL-LENGTH ENTRY:  https://glitternight.com/2013/07/29/gunslingers-four-more-neglected-male-and-female-gunfighters/

5. PEARL HART – Also known as “the Queen of the stagecoach robbers” Pearl’s criminal career started in the 1890’s when she and her children were desperate for money and her no-good gambling husband was failing to put food on the table. Pearl would dress up to look like a saloon girl, attract a potential client and then, once alone in the mark’s room she would pull a gun and rob the man before slipping out the window. Eventually Pearl’s husband ran off to fight in the Spanish- American War and never returned.

Pearl left her children with her parents in Canada and returned to the United States to make money to send back to them. Settling on stagecoach robbing as her latest method of obtaining criminal wealth she and her accomplice Joe Boot were captured in Arizona counting their loot. Pearl escaped from jail, was recaptured and after two trials wound up serving a mere 18 months in prison before being paroled. The outgoing Pearl took to the stage, earning money by acting in dramatizations of her criminal career and trial. Her ultimate fate is unknown.

FOR THE FULL-LENGTH ENTRY:  https://glitternight.com/2012/06/12/four-neglected-wild-west-figures-for-frontierado/

4. LONG-HAIRED JIM COURTRIGHT – Nicknamed for his flowing mane of long hair Jim Courtright served in the Union army during the U.S. Civil War and became a mercenary gunman after leaving the military. He first hired his gun out in Fort Worth, TX but eventually fled with a murder charge hanging over him. Courtright also put in time as a Pinkerton Detective and signed on for a stint shooting rustlers for his former Civil War commander turned rancher General Logan. Long-Haired Jim even dabbled in law enforcement and served as the Sheriff of the dangerous New Mexico mining town called Lake Valley until the mines went bust and the town was abandoned.

Winding up back in Fort Worth Courtright was put on trial for the murder charge he had fled town over years before. In the end Jim was found to have acted in self-defense, was freed and opened up his own detective agency as a front for his protection racket. Courtright leaned on Fort Worth merchants for his “tribute” but made the mistake of trying to extort funds from fellow forgotten gunslinger Luke Short. Short owned the White Elephant Saloon and rather than pay Long-Haired Jim any protection money he instead wound up shooting him to death in a gunfight in February of 1887.

FOR THE FULL-LENGTH ENTRY:  https://glitternight.com/2012/06/12/four-neglected-wild-west-figures-for-frontierado/

3. POKER ALICE – Alice Ivers was born in England in 1851 but by the 1860’s her family was living in Virginia where Alice attended finishing school while the guns of the Civil War blazed in the distance. Moving west after the war ended Alice married Frank Duffield, a mining engineer and shrewd card player who taught Alice everything he knew. After Frank’s death in a mining accident in 1871 Alice strapped on a .45 and took to gambling in mining camps and saloons across the west.

Always a charmer, Poker Alice was a hit wherever she went but traveled in such dangerous company she often had to resort to gunplay, later adopting a .38 that she found “more ladylike” than her .45. The cigar-smoking southern belle would win big pots, lose others and would often celebrate her biggest poker pots by taking a train to East Coast cities for massive shopping sprees. In Poker Alice’s best-known gunfight she saved the life of gambler Warren Tubbs, who became her 2nd husband. In 1910 Tubbs passed away and Alice returned to gambling, even running a casino and brothel called Poker Alice’s Palace in South Dakota. Her final gunfight was in 1913 with rowdy soldiers who were carousing in her joint. Poker Alice died in 1930.

FOR THE FULL-LENGTH ENTRY:  https://glitternight.com/2013/07/14/four-cool-but-forgotten-gunslingers-for-frontierado/

2. SAM SIXKILLER – This Cherokee lawman served first in the Confederate Army in the U.S. Civil War before switching sides and enlisting in the Union Army like his father, Redbird Sixkiller. After the war Sam Sixkiller returned home to Indian Territory, which had not yet been opened up to white settlement and which would later become the state of Oklahoma. The postwar Indian Territory was rife with discord and in 1874 Sam left farming to become a Sheriff in Tahlequah, Indian Territory. Sheriff Sixkiller established and maintained order but in 1878 he ran afoul of a wealthy Native American family named the Thompsons. The Thompsons were out to destroy Sam for killing their outlaw son Jeter in a gunfight and in 1879 Sam had enough of the political game and turned in his badge.

By early 1880 Sam Sixkiller was serving as a Marshal in Muskogee, Indian Territory. Over the next six years Sam’s reputation grew even bigger as he took on stagecoach robbers, horse and mule thieves, bootleggers, hired gunmen, trainrobbers and white settlers illegally encroaching on Indian Territory. Marshal Sixkiller excelled at all aspects of his law enforcement duties and was praised by no less a figure than Judge Isaac Parker, the old west’s infamous Hanging Judge. On Christmas Eve, 1886 an unarmed Sam Sixkiller was ambushed and killed by his long-time outlaw adversary Half-Blood Dick Vann.

FOR THE FULL-LENGTH ENTRY:  https://glitternight.com/2013/07/29/gunslingers-four-more-neglected-male-and-female-gunfighters/

1. WHISPERING SMITH – James L Smith’s gunslinging career was so long and varied it’s hard to believe he is so forgotten in the 21st Century. Smith experienced his first exchanges of gunfire as a dueling riverboat gambler on the Mississippi before the Civil War. When the war broke out James – already nicknamed Whispering Smith – fought in the Union Army and after the war served as a detective in New Orleans. In the Crescent City Smith earned a reputation for going beyond the law to bring in his targets, like an 1800’s version of Dirty Harry. After a January 1876 Grand Jury investigation into Smith’s methods the maverick cop and his wife Anna headed further west.

For the rest of the 1870’s and 1880’s James worked all over the west as a Railroad Detective, Chief of Police on Indian Reservations and Stock Detective. In those capacities he battled train robbers and con-men as well as horse-thieves and looters who preyed on Native Americans with rustlers and illegal boxing rings thrown in for good measure. As in New Orleans he was dogged by a reputation for supposedly killing felons he couldn’t compile evidence on to make an arrest. In later life Whispering Smith became an alcoholic, was abandoned by his wife and attempted suicide a few times, ultimately succeeding in 1914 at the age of 76.

FOR THE FULL-LENGTH ENTRY:  https://glitternight.com/2013/07/10/four-more-neglected-gunslingers-for-frontierado/