VIKING WOMEN: A QUICK Q AND A WITH SOME MISSOURI VALLEY COLLEGE STARS 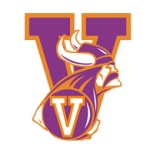 The Missouri Valley College Vikings volleyball team had their ups and downs this year, but four of the ladies made the All-Conference Team because of their on-court achievements. Ali Schrader made the first team in the Heart of America Athletic Conference honors and Miranda Groth made the second team while Paula Tieman and Dustina Bitten got All-Conference Honorable Mention. The time seemed right to get to know these ladies a little better and find out their opinion of the Roger Corman B-movie called Viking Women vs The Sea Serpent. (I’m kidding!)

What should opponents fear the most from you?  “My intensity. I love playing the game of volleyball and with every set that I get I try and make the most out of it. After every block that I get I jump in the air as high as I can out of excitement, sometimes higher than my regular jump. After every ace I get I jump in the middle. My emotions get the best of me in every game but my intensity and excitement are the best emotions that I let out.”

Why would you say you had the kind of season you had?   “We had a rollercoaster volleyball season. We had great moments along with our rough patches that we had to get through as a team. We were such a good team, but sometimes the team as a whole got down on ourselves and we weren’t able to pick ourselves back up until the last few points. However we had a great end by making it to the post-season HAAC tournament. We played our very best against Evangel and gave them all we could.”

What individual accomplishment are you proudest of from your MVC career?   “Making it on the First Team All-Conference. It is the first huge accomplishment of my college volleyball career.”

What is the most laughably bad movie you’ve ever seen?   “I love funny movies but the worst funny movie I have ever seen is Anchorman with Will Ferrell.”

What should opponents fear the most from you?   “The look in my eye and the way I can direct the ball.”

Why would you say you had the kind of season you had?   “We got out what we put in.”

What individual accomplishment are you proudest of from your MVC career?   “Best work study ever. 2nd Team All-Conference.”

What is the most laughably bad movie you’ve ever seen?  “Not sure. I don’t watch a lot of movies or television.”

What should opponents fear the most from you?  “The passion that I have for volleyball. I love the game and always try to play to the best of my ability to help our team succeed.”

Why would you say you had the kind of season you had?  “Our team had a successful season because of our chemistry. Everyone supported each other and by doing that each individual shined in their area of experience.”

What individual accomplishment are you proudest of from your MVC career?  “I am most proud of the two honorable mentions I received. I came to MoVal knowing this program was down and I wanted to make it better. With the help of my recruitment class we made it possible for MoVal to be respected and compete in our conference. By receiving those conference honors I feel like my hard work has been recognized.”

What is the most laughably bad movie you’ve ever seen?  “Napoleon Dynamite.”

What should opponents fear the most from you?  “I’m not sure. I would assume it to be my kills or maybe even my jump serve.”

Why would you say you had the kind of season you had?  “I just think we got too comfortable with ourselves after winning one set and then couldn’t bring ourselves out of the hole to finish. We had a great team. We just had a few flaws that we couldn’t get past until the playoffs. We proved ourselves in the playoffs but still came up short, but at least now we know what it is we needed.”

What individual accomplishment are you proudest of from your MVC career?   “I feel that being recognized for honorable mention my first year at MoVal is something to be pretty proud of. I still have one more year to hopefully achieve more. I will apply for the nursing program now and start in the fall. I am pretty excited about it. It is what I have always wanted to do.”

What is the most laughably bad movie you’ve ever seen?  “I’d have to say Napoleon Dynamite.”

Well that wraps it up! Thank you to Ali, Miranda, Paula and Dustina as well as to all the wonderful people at Missouri Valley College.

Things I learned from this interview:  Call Missouri Valley College MoVal instead of MVC and the film Napoleon Dynamite could be used as punishment following a bad practice for the MoVal volleyball team.

4 responses to “VIKING WOMEN: A QUICK Q AND A WITH SOME MISSOURI VALLEY COLLEGE STARS”