DAY TWO, GAME ONE: The 10 seeds – the BLUEFIELD STATE BIG BLUES – faced another elimination game, this one against the 2nd seeded UNIVERSITY OF CINCINNATI AT CLERMONT COUGARS. The Big Blues had already sent (6) Southern Maine College home and were looking for another scalp.

After a scoreless 1st Inning Bluefield State went up 3-0 in the 2nd. The Big Blues added another Run in the 5th and rode it the rest of the way for a 4-0 Shutout victory. Bluefield State Pitcher Austin Stambaugh threw for the entire game.

DAY TWO, GAME TWO: The top-seeded NEWPORT NEWS APPRENTICE SCHOOL BUILDERS (Shipbuilders) clashed with the 4 seeds – the WRIGHT STATE AT THE LAKE LAKERS. When the Builders grabbed a quick 4-1 1st Inning lead few knew that they would only score 1 more Run the rest of the way.

Meanwhile the Lakers drew to within 4-3 in the 5th Inning and knotted things up at 4-4 in the 6th. Newport News Apprentice School would slam in their final Run in the 8th Inning and won the game 5-4 behind Pitcher Thomas Packert.

DAY TWO, GAME THREE: In this game the 5 seeds – the MISSISSIPPI UNIVERSITY FOR WOMEN (now co-ed) OWLS – battled the 9th seeded SELMA UNIVERSITY BULLDOGS. The Owls quickly took charge in this elimination game, leading the Bulldogs 4-0 in the opening Inning.

In the 3rd Inning MUW made it a 5-0 advantage and 9-0 in the 4th. Selma University seemed primed for a rally late in the game but 4 Runs in the 7th Inning were all they managed as the Owls triumphed 9-4. Will Peters was the winning Pitcher.

DAY TWO, GAME FOUR: The 3rd seeded PENN STATE AT DUBOIS LIONS squared off against the 7 seeds – the BRYANT & STRATTON COLLEGE AT ALBANY BOBCATS. After a scoreless 1st Inning the Lions took a 1-0 edge in the 2nd.

A Pitcher’s Duel commenced for the next 3 Innings until PSU-Dubois drove in 3 Runs in the 6th for a 4-0 lead. That lead held up as the final score as the Lions shut out the Bobcats. Pitcher Toni Corl was on the Mound for the entire game for Dubois. 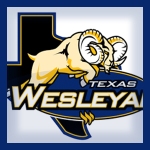 KINGSPORT BRACKET: DAY TWO – The (4) MADONNA UNIVERSITY CRUSADERS survived a 5-4 elimination game against the (3) CAMPBELLSVILLE UNIVERSITY TIGERS, who had themselves eliminated the (5) MARIAN UNIVERSITY KNIGHTS 11-8 earlier in the day.    ###    And in the 2 spot the WEBBER INTERNATIONAL UNIVERSITY WARRIORS upset the (1) TENNESSEE WESLEYAN COLLEGE BULLDOGS in a 1-0 game for the ages.

LAWRENCEVILLE BRACKET: DAY TWO – The storied (3) INDIANA UNIVERSITY SOUTHEAST GRENADIERS won the 1st and 3rd Games of the day. First they edged the (4) SAINT XAVIER UNIVERSITY COUGARS 5-4 in an elimination game, then they doubled-up on the (5) UNION COLLEGE BULLDOGS 10-5 in another.    ###    And the top seeded GEORGIA GWINNETT COLLEGE GRIZZLIES eviscerated the (2) GEORGETOWN (KY) COLLEGE TIGERS by a count of TWELVE to TWO!

MACON BRACKET: DAY TWO – The (2) MIDDLE GEORGIA STATE KNIGHTS handily eliminated a pair of opponents yesterday. They clobbered the (4) HUNTINGTON UNIVERSITY FORESTERS 11-2 to start the day, then shut out the (5) UNIVERSITY OF BRITISH COLUMBIA THUNDERBIRDS 8-0 to end the day.    ###    In between the (1) SOUTHEASTERN UNIVERSITY FIRE, the defending National Champions, smashed the (3) UNIVERSITY OF RIO GRANDE (OH) RED STORM 7-2.

MIAMI GARDENS BRACKET: DAY TWO – The (5) THOMAS UNIVERSITY NIGHT HAWKS came out on top in 2 elimination games. First they bounced the (3) BRYAN COLLEGE LIONS by a Polo Score of 11-10, then mangled the (4) TALLADEGA COLLEGE TORNADOES 11-zip in the night game.    ###    And the top seeded SAINT THOMAS UNIVERSITY BOBCATS beat the (2) WILLIAM JESSUP UNIVERSITY WARRIORS by a score of 7-3.

MONTGOMERY BRACKET: DAY TWO – The (3) HOPE INTERNATIONAL UNIVERSITY ROYALS sent a pair of teams home in yesterday’s elimination games. They totaled the (4) JARVIS CHRISTIAN COLLEGE BULLDOGS 16-9 in the early game and the (5) OLIVET NAZARENE UNIVERSITY TIGERS (should be the Purple Tigers) 10-5 in the late game.    ###    Meanwhile the (1) FAULKNER UNIVERSITY EAGLES doubled-up on the (2) CENTRAL METHODIST UNIVERSITY EAGLES 10-5.

SANTA BARBARA BRACKET: DAY TWO – In the 2 spot the WESTMONT COLLEGE WARRIORS eliminated the (5) UNIVERSITY OF JAMESTOWN JIMMIES 7-3 and the (4) ARIZONA CHRISTIAN UNIVERSITY FIRESTORM in a 9-0 Shutout.    ###    And the (1) UNIVERSITY OF SCIENCE & ARTS OF OKLAHOMA DROVERS routed the (3) UNIVERSITY OF ANTELOPE VALLEY PIONEERS by a final score of 11-2.

WILLIAMSBURG BRACKET: DAY TWO – The (3) LYON COLLEGE SCOTS won a pair of games, bouncing the (5) BAKER UNIVERSITY WILDCATS in an 18-12 shootout and then defeating the (4) UNIVERSITY OF MOBILE RAMS (should be the Ramrods) 11-10 in TWELVE Innings.    ###    And the (2) INDIANA TECH WARRIORS upset the (1) UNIVERSITY OF THE CUMBERLANDS PATRIOTS by a score of 10-5.