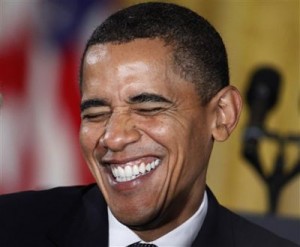 Just kidding of course! As the bodies of Islam’s victims pile ever higher Barack Obama bitterly clings to his claim that it’s THE REST OF THE WORLD that has a problem – not the Muslim World.

What the Hollow Man Obama said was that the Islamic State spawned by his premature withdrawal from Iraq”perverted one of the world’s great religions.” In Little Barry’s mind ONLY Christians and Jews should be held accountable for actions committed by their their co-religionists. 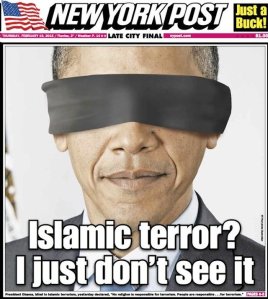 If this weak, inept and crooked little man spent half as much energy fighting this war as he does trying to defend Islam the civilized world would be in much better shape.

No, you will never hear that from this apologist for Muslim atrocities and he still refuses to use the words “Islamic Terrorism.” But Little Barry holds ALL AMERICANS guilty for what SOME Americans did over a hundred years ago. Collective guilt applies only to the Western World in his eyes. I’m neither a Democrat nor a Republican so I can objectively state that this little man has been the most embarrassing president the United States has ever had. It’s appropriate that “Obamastan” has become a second name for the Islamic State. 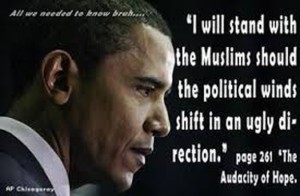 I’m also a non-believer in any of the world’s religions but I have no problem saying that Islam is the most violent, homophobic, misogynistic and otherwise intolerant religion in the world at this particular point in history. Not so the cowardly Barack Obama.

11 responses to “OBAMA: THE CRUSADERS AND INQUISITORS PERVERTED CHRISTIANITY”